The Selection Committee has at least two alumni, two students and the Club Advisor. The appointments are annual and are reviewed each Spring.

The job of the Selection Committee is to get out the word about the program to students and alumni. For the students, the Committee will clarify eligibility requirements, advise UCMC members as to what types of programs qualify for the scholarship, then review and decide upon the validity of applications for scholarships. The Alumni on the Selection Committee help promote the goals and successes of the Scholarship and build a financial foundation for the program by seeking donations. 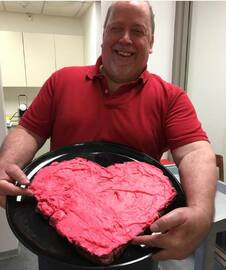 Larry has served as the UCMC Club Advisor for the past several years during his time as the head of the physics labs at the University of Cincinnati.  His input from years of experience with UCMC, both as a member and his time as club advisor have always been helpful and welcome to our organization.  It was under his direction that we are now able to continue the work of the SMMS.  Larry has been active with UCMC since the 1980s, serving as the Editor of the GooseDown Gazette throughout the late 80s and early 90s.  Larry also participated in trips across the country during his time as a general member of UCMC.
Alumni Member: Ben Shaw 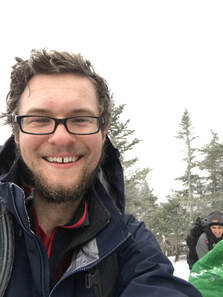 Ben Shaw has been a part of UCMC since his first year at UC in 2014.  His first trip with the club was backpacking in Red River Gorge with Rob Even and his next was back to The Red with Rob and Bob Kessler.  Since then, he's taken hundreds of students to the places that first made him fall in love with the outdoors and traveled all over the country.  Ben served as Trip Coordinator during 2017-18 and then served as UCMC President from 2018-19.  Ben has always wanted to teach others and UCMC has given him the opportunity to do that with the things that he loves.  Ben graduated in 2019 with his Batchelor in Architectural Engineering and currently works in Cincinnati.  He hopes to stay involved with the club for years to come by leading trips and helping out in the Gear Cave as well as providing his experience with running the club when asked for it.  Ben's focus on the scholarship committee is to bring back skills that have begun to be lost to the club such as caving, whitewater kayaking and technical mountaineering.  In doing this, he hopes to create an environment where new members can still learn but older more experienced members will have the opportunity to participate in more difficult and challenging journeys.
Alumni Member: Bob Kessler 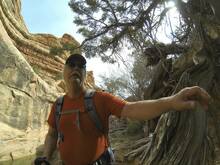 Bob originally joined the UCMC in 1976 and served as the Secretary/Treasurer from 1977 - 1979. His outdoor interests include caving, backpacking, mountaineering, sea kayaking, canyoneering, and bicycling. He is married to Cindy (nee Bick) Kessler and has two daughters, Gretchen & Molly. Bob is self-employed, working with Cindy as a stained glass and mosaic artist, as well as freelancing as a film & video Director of Photography. Besides still regularly attending UCMC meetings, he still occasionally helps  with the Caving Class and is always a willing mentor for UCMCers.
Student Member: Lizzie Mosier 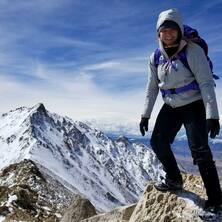 Lizzie joined UCMC her freshman year, in 2014.  She has served as treasurer of the club for 2018, and has led and participated in many trips over her several years with UCMC.  Her favorite outdoor activities include rock climbing, mountaineering and backpacking.  However, she loves anything related to the outdoors and appreciates UCMC because it gives her the opportunity to teach others her skills and learn new outdoor skills as well.  Lizzie is currently heading into her final year studying Architectural Engineering with a focus on Structural Engineering.  Any weekend she has free, you can usually find her outside hiking around, climbing some rock or working her way up the side of a mountain.
Student Member: Dalton Spurlin 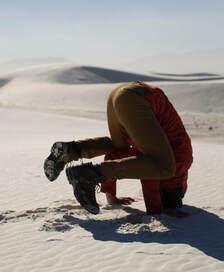 Dalton Spurlin joined UCMC in 2017 and has served as the Trip Coordinator and Treasurer during the 2018-2019 school year. He enjoys backpacking more than anything but is always down to climb a mountain or scramble up some rock walls. Dalton also doesn't mind crawling around caves and/or getting muddy. He feels most at home while outdoors getting dirty and eating mashed potatoes. He is currently a third year at UC studying Neuropsychology with a minor in French and Organizational Leadership.  Dalton is always excited to get outside, meet new people and enjoy the world.
Powered by